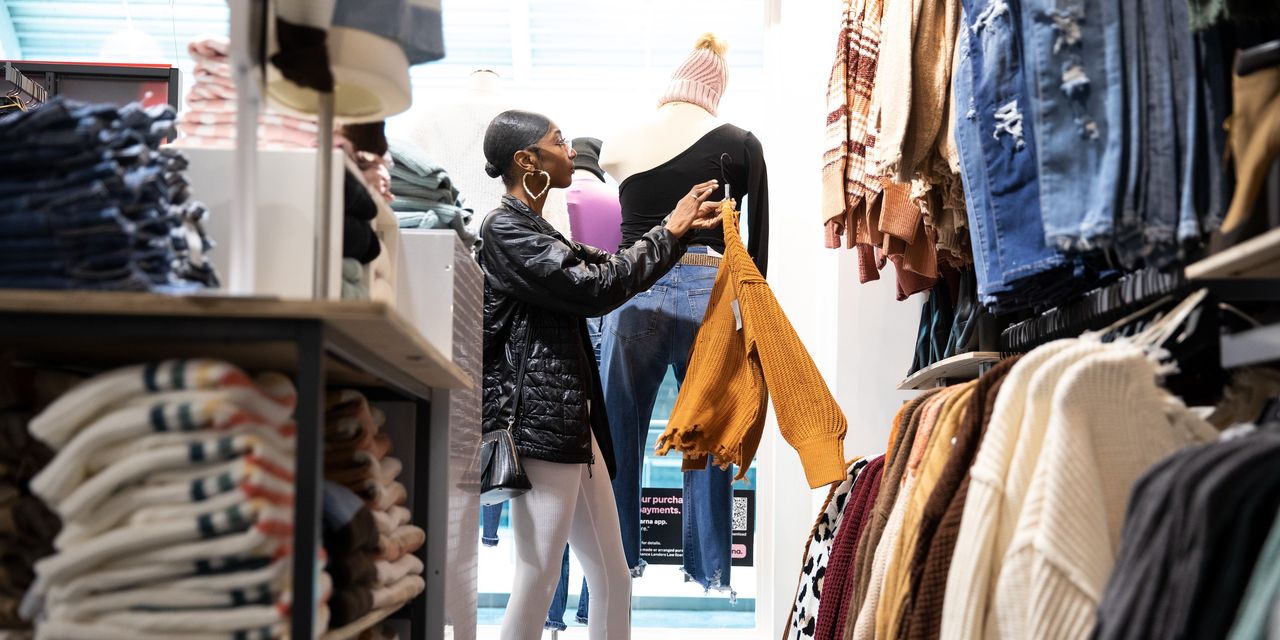 After losing ground to e-commerce, bricks-and-mortar stores are back in style.

Retailers this year are expected to open more stores than they close for the first time since 2017, according to an analysis of more than 900 chains by IHL Group, a research and advisory company. Most of the growth is coming from mass merchants, food, drugs and convenience chains.

Department stores and specialty retailers, which experienced the biggest shakeout over the past five years, are still closing more stores than they are opening. But the pace of closures has slowed from record levels.

Behind the shift are changing views about the value of physical stores, industry executives and analysts said.

Stores have become integral in fulfilling e-commerce orders. They serve as distribution hubs and convenient places for shoppers to pick up and return online purchases—services that will be key this holiday season as orders once again threaten to overwhelm shipping carriers.

As the cost of acquiring customers online has skyrocketed, stores also are a less expensive way to attract new shoppers. And as landlords have become more willing to accept shorter and more flexible lease terms, retailers are less likely to wind up locked into unproductive locations, the executives and analysts said.

“Five or six years ago, there was lots of discussion about whether e-commerce would gobble up bricks-and-mortar retail,” said

senior vice president of in-store environment and visual merchandising at

Instead, she said, the online and store experience became more closely linked, which translated into a need for more stores.

The stores that retailers are opening today are different. Some are smaller, and more of them offer experiences beyond browsing.

Dick’s is adding to its fleet of more than 800 stores by opening newer concepts that include House of Sport, Public Lands and Golf Galaxy stores that have interactive features such as batting cages, rock-climbing walls and putting greens. It also has added some of those features to its namesake Dick’s stores.

“People research online, but many times they want to try before they buy,” Ms. Roeller said.

& Co. plans to open 100 of what it calls “next generation” stores in the U.S. in the next three to five years that are smaller than existing full-price locations and have tailor shops where consumers can customize T-shirts or add patches, embroidery or colored rivets to their jeans. The stores also have digital touches such as mobile checkout and use artificial intelligence to stock merchandise according to local tastes.

“The majority of consumers like to engage with us in our stores,” said

Mr. Singh said that Levi’s has been negotiating rents that are 15% lower than pre-pandemic levels. He said landlords are more willing to offer flexible terms, including the ability for Levi’s to exit from the property in four to five years, as opposed to a decade or more. And landlords are less resistant to calculating rent as a percentage of sales, which provides retailers with a cushion during downturns. “That has improved the profitability of stores,” Mr. Singh said.

Foot traffic to existing physical stores across 10 retail categories still is below pre-Covid-19 levels. For the week ended Nov. 20, traffic to U.S. stores was 12.4% below the same week two years ago, according to Sensormatic Solutions, which tracks footsteps through cameras placed at store entrances.

ads, paid search and content creation—are up nearly 50% over the past five years, according to ProfitWell, a software maker that helps subscription companies with customer retention and pricing.

“The costs are going up because there are more brands spending more on digital marketing,” said

ProfitWell’s chief executive officer. He expects costs to rise further as companies including

Google move to restrict the use of cookies, coding that helps marketers track people’s online movements.

Some of the new stores are coming from brands that got their start online and say they now realize the importance of having a physical presence.

which already operates physical book stores and grocery stores, plans to open department stores where shoppers can try on its private-label clothes and some national brands in technology-fueled dressing rooms.

started online shirt brand Untuckit LLC in 2010, he never thought he would open physical stores. “At that time, people were saying stores would be gone,” Mr. Riccobono said. Then, prospective customers started emailing him, saying they wouldn’t buy his shirts unless they could first touch them and try them on.

Today, the brand has 88 stores and plans to grow to 150 locations over the next two to three years.

“We don’t look at the stores and e-commerce as separate,” Mr. Riccobono said. “Bricks-and-mortar is an extension of our online business. We get a bump online within a 10-mile radius of each store we open. Stores are like an inexpensive billboard.”

which got its start as an online eyeglass retailer, generated more revenue from its physical stores than it did from its digital business in 2019, before the pandemic forced bricks-and-mortar stores to temporarily shut. The company, which sold shares to the public in September, currently has 154 stores and plans to open as many as 35 new locations this year, according to financial filings.

said it is “in the early phase of a ramp toward hundreds of potential locations,” according to financial filings ahead of its public stock offering earlier this month. It currently has 35 stores.

Even some traditional retailers that had run into hard times and closed hundreds of stores are starting to open new locations.

Teen and young-adult retailer Rue21 closed more than a third of its 1,179 stores during its 2017 bankruptcy proceedings. It re-emerged under new management that same year and underwent a turnaround. Now, it is expanding its store fleet with plans to open 15 locations this year.

“We feel bullish on stores,” said

Rue21’s CEO. “The cost to acquire customers digitally has never been higher. The most efficient way to market to new customers is our stores.”

After closing 6,573 more stores than they opened last year, the large chains examined by IHL plan to open 4,361 net of closures this year.

are among the retailers opening the most stores, as well as off-price chains like

Executives say customers like to shop in stores to see products before they buy them and get help from a human sales associate rather than a chatbot. Younger customers especially like the social aspect of shopping with friends.

Department stores and specialty retailers are on track to close 469 more stores than they open this year, down from the 6,787 net closures in 2020.

said last week that it would close 900 stores over the next three years, or nearly 10% of its U.S. locations.

Investors are awarding pure e-commerce retailers higher valuations than those with physical stores, prompting Saks Fifth Avenue to spin off its e-commerce business.

is under pressure from an activist investor to do the same.

Whether the physical and digital sides are kept together or housed in two separate companies, executives say it is still important to have both.

How have your shopping habits changed over the years? Join the conversation below.

“What we’re seeing is that the more brick-and-mortar business that we’re creating, the more the digital is happening in those particular ZIP Codes,” Macy’s CEO

As online sales grow, so too does the cost of shipping goods to customers’ homes. Retailers are finding it is less expensive to ship items from their stores, which are located closer to where people live.

, for instance, estimates that it costs on average 40% less to ship orders from its stores, compared with the expense of shipping from its warehouses.

“It’s not like it’s stores against e-commerce anymore,” said

a Forrester Research principal analyst. “They play an integral role in supporting each other. The old story that stores are dead is simply not true.”