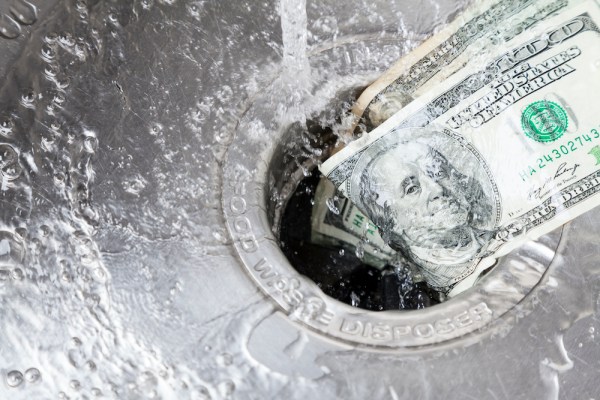 Google suffered a major defeat in its legal battle with Sonos in August, when a U.S. International Trade Commission judge ruled that Google infringed on five of Sonos’ audio technology patents. If the ruling is upheld, Google could pay hundreds of millions and face a ban on importing everything from Pixel smartphones to Nest speakers.

This isn’t a trivial development. It’s the latest in a string of lawsuits and complaints intended to stop Big Tech from pilfering IP from smaller companies.

In recent years, Big Tech firms have increasingly infringed on smaller rivals’ IP. Those smaller firms have started fighting back — and now the largest tech companies could face tens of billions in court-ordered damages and legal fees.

If Big Tech executives continue their reckless infringement, their firms could suffer irreparable financial and reputational damage. Stealing rivals’ IP is no longer merely unethical — it’s a business decision so disastrously shortsighted that it arguably constitutes a breach of executives’ fiduciary duties to shareholders.

For a long time, giant technology firms like Apple figured they could freely prey on smaller competitors, which wouldn’t have the financial or legal firepower to fight back. That’s no longer the case.

Small firms have decided suing is worth the cost — and have won big. In just three cases this past year, juries awarded small firms more than $1 billion. In August, Apple was ordered to pay PanOptis $300 million over 4G technology infringement. And last year, a court ordered the company to pay $1 billion in damages to VirnetX, a VPN patent holder.

It’s not just Apple. Last October, a federal court ordered Cisco to pay nearly $2 billion to Centripetal Networks, a cybersecurity and software firm. The judge in that case called Cisco’s actions “an egregious case of willful misconduct beyond typical infringement.”

IP theft has the potential to put a significant dent into Big Tech’s bottom lines. Though these companies boast market capitalizations of hundreds of billions, even trillions, of dollars, racking up mammoth court-ordered payouts isn’t pleasant.

For example, Cisco’s payout cost it 4% of its annual revenue. Apple recently settled with a Japanese company rather than have to pay yet another billion dollars in damages. And it threatened to pull out of the United Kingdom entirely rather than face a $7 billion patent-infringement fee in the British courts.

Even if big firms can weather the financial penalties of their IP theft, the resulting reputational damage is considerable.

U.S. congressional committees regularly haul executives into their chambers for hearings about antitrust and privacy infractions. Consumers increasingly regard Facebook, Google, Apple and Amazon with distaste — or worse. If politicians and customers learn these companies’ profits rest on persistent patent theft, their reputations will take a pounding.

Ultimately, Big Tech executives have a legal fiduciary duty to their shareholders. Executives who continue to turn a blind eye to the risks involved with patent trials — exposing their firms to immense legal and reputational risk — will eventually find their morally questionable decisions reflected in share prices.

For their part, shareholders, rank-and-file employees and other stakeholders should hold executives to account. It’s in the interest of the biggest institutional investors to pressure Apple and others to settle pending cases and hash out licensing agreements with small vendors.

If Big Tech starts operating within the bounds of IP law, they’ll prime the entire sector for sustained success.

As Peruvian economist Hernando de Soto points out in his seminal work, “The Mystery of Capital,” a society’s economic prosperity is hugely dependent on its protection and preservation of property rights, including intellectual property rights.

The U.S. tech sector is no exception. Consumers and shareholders should want both small and large firms to thrive. Smaller firms develop input software, applications and hardware that often ends up in consumer-facing products.

Is Big Tech bad at business?

A tidal wave of returns hits the e-commerce marketplace

Should I Invest in Bonds as Interest Rates Rise?

Sep 27, 2022 Sia
We use cookies on our website to give you the most relevant experience by remembering your preferences and repeat visits. By clicking “Accept All”, you consent to the use of ALL the cookies. However, you may visit "Cookie Settings" to provide a controlled consent.
Cookie SettingsAccept All
Manage consent