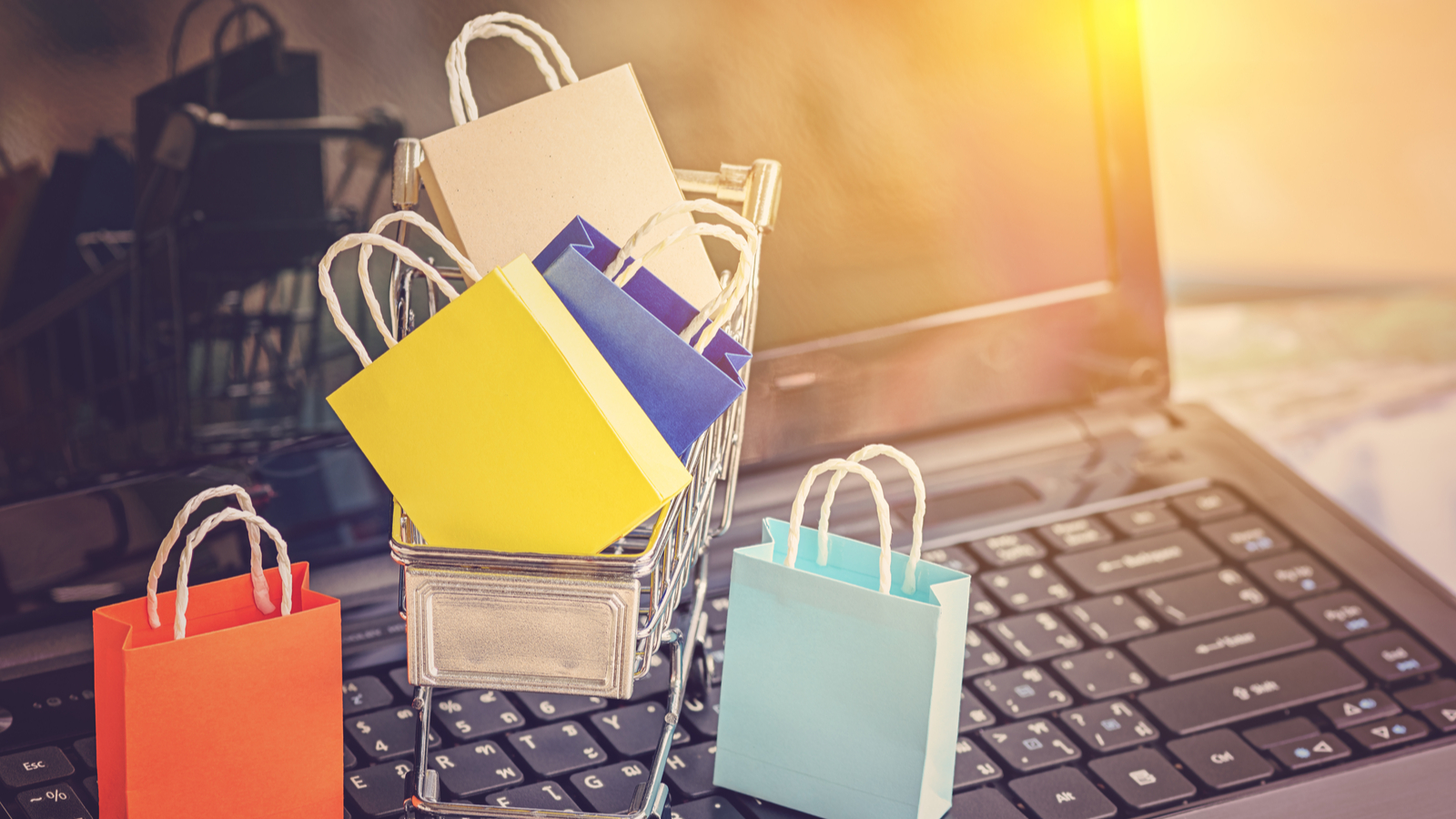 With inflation showing signs of slowing, Americans should have more money to spend on products from e-commerce companies. In addition, China’s decision to ease its lockdowns should boost the Asian country’s economy in 2023. As a result, consumers in that country should have more money to spend on e-commerce products as well, making some Chinese e-commerce stocks worth considering at this point. That being the case, I went hunting for some of the top e-commerce stock picks for 2023.

Etsy (NASDAQ:ETSY) recently reported strong third-quarter results. Revenue was up early 12% year-over-year to $595 million, as gross merchandise sales of soared 134% from the third quarters of 2019. EBITDA, excluding certain items, came in at $168 million. Even better, Etsy CFO Rachel Glaser said the company grew “2.5x since the start of the pandemic, and we’re maintaining over 95% of those gains.” While the company’s forward price-earnings ratio of 38 is on the high side, analysts may be underestimating the company’s 2023 profit potential.

A growing number of analysts appear to like the stock here, too. Earlier this month, BTIG analyst Marvin Fong raised the firm’s price target to $137 from $119, with a buy rating. Bank of America analyst Curtis Eagle raised the firm’s target price to $145 from $110, with a neutral rating. In addition, Citi analyst Ygal Arounian just initiated coverage with a buy rating, with a $161 price target.

Amazon (NASDAQ:AMZN) appears to be regaining lost momentum, with analysts still bullish. For example, Citi believes that the giant’s  e-commerce business can gain market share, while the company’s employee reductions will boost its profits. In addition, on Nov. 15, investment bank MoffettNathanson noted that Amazon’s strong fulfillment service and offering of products would help it regain market share.

Also, on Dec. 13, Wells Fargo analysts found “That Amazon’s gross merchandise value is beginning to re-accelerate,” while the retailer is recruiting more third-party vendors and concluding more “same-day delivery partnerships with a number of retail chains,

Since Chinese coffee retailer Luckin (OTC:LKNCY) gets the lion’s share of its business from online orders, I think it’s fair to consider it to be an e-commerce company. In-line with my predictions back in 2020, when the Street appeared to be convinced that Luckin would not survive very long because of its accounting scandal and relegation to the OTC stock market, the firm appears to have made a considerable comeback.

In fact, LKNCY stock, believe it or not, has jumped ten-fold from its low around $2.16 on May 1, 2020. Although I was not crazy enough to add to buy more LKNCY during its downturn, I did hold onto the initial shares that I bought for just under $35 per share. That turned out to be a good move, as the company get its house back in order. For the third quarter, Luckin reported that its sales had surged 66% year-over-year to $547.5 million, while the size of its average monthly user base jumped 70% year over year to 25.1 million and its same-store sales increased 19.4% year over year.

Even better, with coffee becoming far more popular in China, coupled with recent reopening, Luckin could have a brighter future.

China’s improved outlook bodes well for one of its largest e-commerce companies, JD.com (NASDAQ:JD). Much like Luckin, JD was already delivering strong results before the reopening began, as its revenue climbed 11% year-over-year last quarter, while it generated earnings per share of 88 cents, well above analysts’ average estimate of 63 cents. Impressively, JD.com has unveiled a one-hour delivery service that partners with “the vast majority of supermarket chains in China.” Given the strong attractiveness of the service, it should help the company continue to attract many more users to its platform.

Analysts are bullish on the JD stock, too. Barclays’ analyst Jiong Shao raised the firm’s price target to $72 from $59, with an Overweight rating. “With total revenue showing double-digit year-over-year growth and operating margins tripling year-over-year against one of the worst economic backdrops in recent memory, JD delivered yet another strong quarter,” the analyst said, as noted by TheFly.com.

Much like JD and Luckin, Pinduoduo (NASDAQ:PDD) reported strong Q3 results and will benefit from China’s reopening. Better, PDD launched an overseas expansion initiative that could greatly boost its stock over the longer term.

In addition, Pinduoduo’s Q3 sales soared 65% year-over-year to an all-time high of $5.1 billion. Further, its net profit soared an incredible 546% year over year to 10.59 billion Chinese yuan. JPMorgan predicted that PDD would continue to benefit from the economic hardships that some Chinese citizens are suffering in the wake of the pandemic. Other analysts are just as bullish. In fact, over the last few weeks, Citi analysts raised their price target on PDD to $111 from $79.  HSBC raised its target price to $100 from $93. Morgan Stanley raised its target price to $77 from $65. Also, Barclays analyst Jiong Shao raised his firm’s target to $84 from $70, with an Overweight rating.

South Korea-based Coupang (NYSE:CPNG) offers overnight delivery and has worked hard to upgrade its logistics network and the quality of its products. The company attributes a good deal of its success to the billions of dollars it invested to build a strong network from inception and fulfillment to last mile logistics.  Even better, “We have built the largest fulfillment infrastructure in the market. We also believe we have the largest last mile network of directly employed drivers. And from order to delivery to returns, virtually every aspect of our customer experience is orchestrated by our technology,” as founder and CEO Bob Kim noted on a recent earnings call. “We are able to deliver millions of items via dawn delivery, ordered as late as midnight and arriving at the door before 7:00 AM with unlimited free shipping.”

Helping, analysts over at New Street just initiated coverage of Coupang with a Buy rating and $25 price target. The analysts note the company has a “clear path” to reaching its EBITDA targets by 2027, as also noted by TheFly.com.

Also, with CPNG expanding to other Asian countries, like Japan and Taiwan, the company has substantial growth opportunities.

Expedia’s (NASDAQ:EXPE) strong Q3 results and exceptionally low valuation make EXPE stock a buy. Last quarter, the company’s top line soared 22% versus the same period a year earlier, while its total gross bookings climbed 28% year-over-year. The company’s EBITDA, excluding certain items, came in at a record level of over $1 billion. In addition, as I noted in another recent column, CEO Peter Kern stated that the company would resume buying EXPE stock, showing confidence in its own outlook. Meanwhile, Wells Fargo, applauding Expedia’s “loyalty and investments projects,” kept an “overweight” rating on its shares. EXPE  closed yesterday at a very low forward price-earnings ratio of just 11, solidifying its status as one of  my top e-commerce picks for 2023.

On the date of publication, Larry Ramer held a long position in LKNCY. The opinions expressed in this article are those of the writer, subject to the InvestorPlace.com Publishing Guidelines.

Larry Ramer has conducted research and written articles on U.S. stocks for 15 years. He has been employed by The Fly and Israel’s largest business newspaper, Globes. Larry began writing columns for InvestorPlace in 2015. Among his highly successful, contrarian picks have been PLUG, XOM and solar stocks. You can reach him on Stocktwits at @larryramer.

For a better improvement