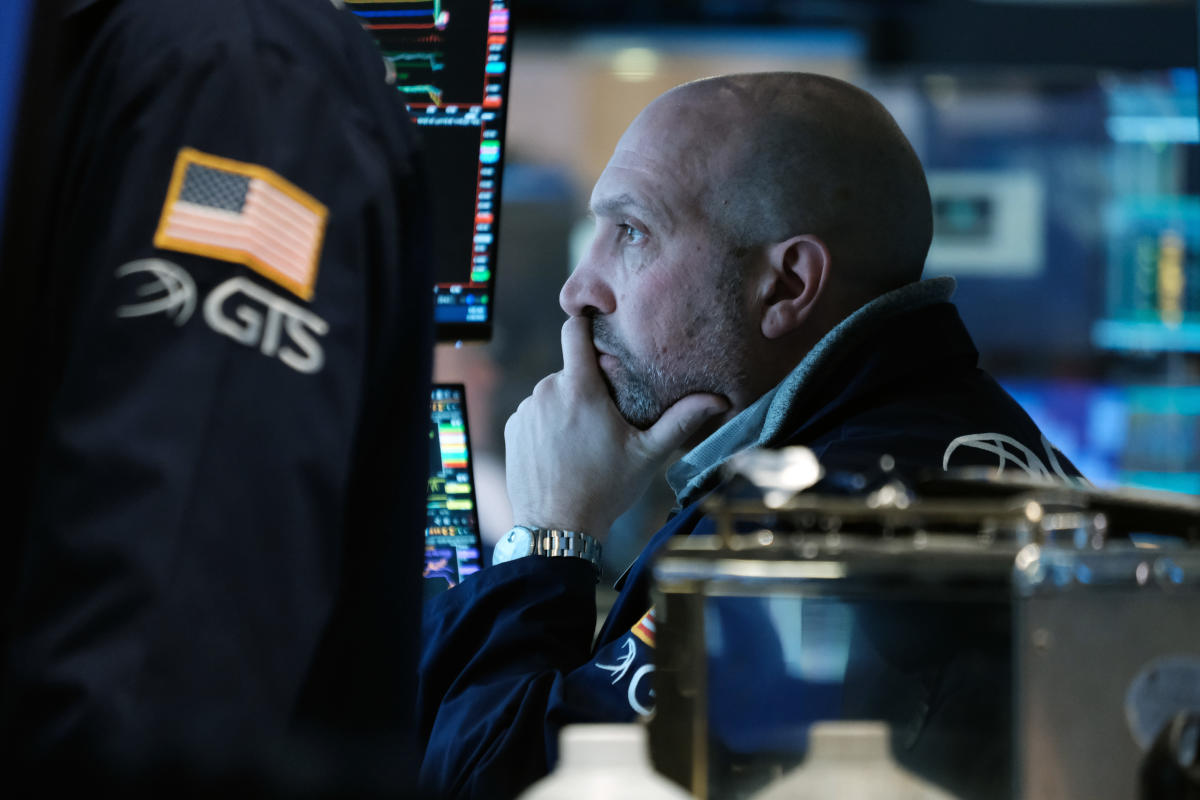 The S&P 500 fluctuated between gains and losses, and the Nasdaq came under pressure in afternoon trading. The S&P 500 had jumped by 1.9% on Wednesday as each of the Dow and Nasdaq also advanced. The move higher came following affirmation from Federal Reserve Chair Jerome Powell that the central bank will take a measured approach to raising interest rates amid geopolitical uncertainty helped to momentarily appease volatile markets.

Namely, investor focus turned to Powell’s testimony before the House Financial Services Committee on Wednesday, during which the Fed chief said explicitly that he would back a quarter-point interest rate hike following the Fed’s March meeting later this month. Powell left open the possibility that the Fed would raise interest rates and tighten more aggressively later this year, however, given the current, persistent inflationary pressures rippling across an otherwise solid U.S. economy.

“By expressing that 25 basis points is the likely path of the Fed, that takes away some of the uncertainty. And there was a big debate in the markets about whether it would be 25 basis points or 50 basis points out of the gate,” Chris Zaccarelli, chief investment officer for Independent Advisor Alliance, told Yahoo Finance Live on Wednesday.

“Clearly, [with] the conflict in Ukraine and the sanctions potentially dampening global economic growth, that makes it more likely that the Fed would want to go a little more slowly,” Zaccarelli added. “But on the other hand, inflation is rising … It’s our concern that they will have to go for longer and higher than people are currently expecting.”

And a continued melt higher in energy prices has further stoked inflation concerns, though oil slowed a recent gain on Thursday. U.S. crude oil prices jumped above $116 per barrel to reach a more than decade high before retreating slightly, as investors monitored the potential energy-market fallout from Russia’s invasion of Ukraine. And meanwhile Brent crude — the international standard — rocketed further to near $120 per barrel.

And other data on the U.S. economy have pointed to a tight labor market, suggesting rising wages will also remain an ongoing contributor to inflation. ADP said Wednesday that U.S. private-sector payrolls grew by 475,000 in February, or well above the 375,000 jobs expected, following a jump of more than half a million jobs in January. The Labor Department’s official February jobs is due for release Friday morning, and is expected to show a 5.8% annual increase in average hourly earnings.

“Wage growth right now is too high for comfort, no matter how optimistic you might be about the outlook for productivity growth, and the Fed has to signal to the private sector that it is serious about preventing a wage/price spiral,” Ian Shepherdson, chief economist for Pantheon Macroeconomics, said in a note Wednesday. “QT [Quantitative tightening] remains under discussion, with no announcement imminent, but we think that every voting FOMC member right now expects to vote for a hike this month.”

A closely watched gauge of service sector activity in the U.S. unexpectedly pulled back in February as employment contracted for the first time in eight months.

The Institute for Supply Management’s February Services index dipped to 56.5 from January’s 59.9. Consensus economists had been looking for a reading of 61.1, according to Bloomberg data. Readings above the neutral level of 50.0 indicate expansion in a sector.

Beneath the headline index, a softening of the employment subindex contributed heavily to the drop, with this diving to 48.5 from January’s 52.3. This marked the first contraction in the index since June 2021. Meanwhile, an index tracking prices jumped to 83.1, and an index measuring lead times indicated slightly slower delivery times as supply chain disruptions continued.

“Respondents continue to be impacted by supply chain disruptions, capacity constraints, inflation, logistical challenges and labor shortages,” Anthony Nieves, chair of the Institute for Supply Management, said in a press statement. “These conditions have affected the ability of panelists’ businesses to meet demand, leading to a cooling in business activity and economic growth.”

And index of supply chain pressures across the global economy eased for February while remaining near record levels, with one supply-side constraints continuing to contribute to widespread inflationary pressures.

The New York Federal Reserve’s supply chain index, first introduced in January, came down from a peak of 4.5 in December to reach 3.3 in February, according to an update Thursday. The index’s long-term average is 0, and factors in a combination of shipping costs, delays and backlogs across the global economy.

“The lessening of supply chain pressures has been widespread among the various components, which is a welcome development in terms of reducing global supply chain disruptions,” according to a statement from the New York Fed.

Here’s where stocks were trading just after the opening bell Thursday morning:

Initial jobless claims totaled 215,000 during the week ended Feb. 25, the Labor Department said Thursday. This marked the lowest since the week ended Dec. 31, and was better than the decline to 225,000 consensus economists were expecting for the week, based on Bloomberg consensus data.

Continuing claims, which track the total number of individuals claiming unemployment benefits across regular state programs, came in slightly higher than expected or the week ended Feb. 19. These claims totaled 1.476 million versus the 1.420 million expected, but represented an about flat reading relative to the prior week. Continuing claims are also still holding below pre-pandemic averages from 2019, when these claims were coming in around 1.7 million per week.

Here were the main moves in markets Wednesday evening:

Read the latest financial and business news from Yahoo Finance