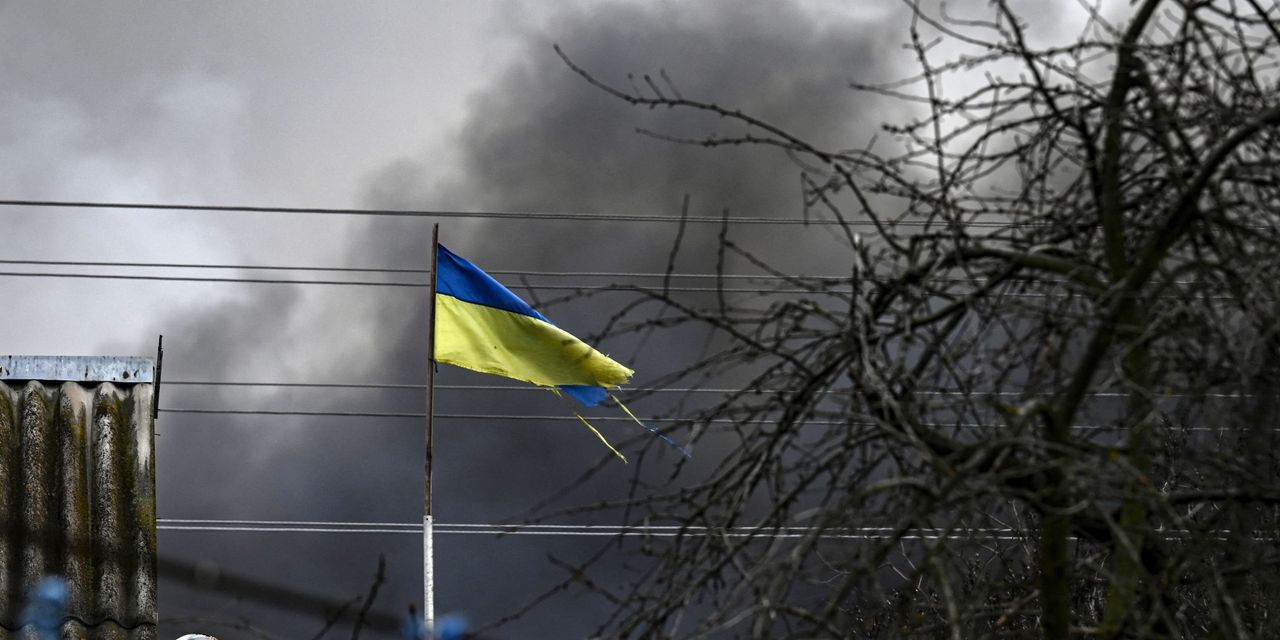 U.S. stock indexes were down sharply Friday afternoon despite February jobs data beating forecasts, as investors instead focused on a worsening conflict between Russia and Ukraine that resulted in a fire at a nuclear power plant earlier in the day.

The S&P 500 index fell for the fourth time in five days and commodity price indexes were on track for the biggest weekly rise since the 1970s as sanctions on Russia threatened to cause supply disruptions in oil, natural gas, industrial metals and grains.

How are stock indexes trading?

Stocks were falling as Russia’s invasion of Ukraine overshadowed positive U.S. employment data for February that was released Friday morning.

“You couldn’t have asked for a better jobs report and yet the market is really taking it on the chin today,” said Ellen Hazen, chief market strategist at F.L.Putnam, in a phone interview Friday. “The deteriorating situation in Ukraine is driving the markets.”

Investors were focused on news of a now-extinguished fire at a nuclear power plant in the Ukrainian city of Enerhodar that had been shelled by Russian troops. The plant reportedly has six reactors, and three had been offline before the attack, according to Associated Press reports. Russian military has seized the nuclear power plant, which is the biggest in Europe, the AP reported Friday afternoon.

Russia gaining control of the nuclear plant heightens concern that its military will continue to take over other Ukrainian infrastructure such as energy, water, and  telecommunications, Hazen told MarketWatch.

Dow futures plunged about 500 points immediately after the first reports of the nuclear plant fire emerged late Thursday, with the S&P 500 and Nasdaq-100 futures following a similar path.

Ukrainian state emergency services later said on Facebook
FB
that the fire had been in a training building and had been contained. The regional military service said early measurements on Friday showed radiation was “unchanged” and was posing no danger to the population.

“Traders may be unwilling to hold risk over the weekend, given the reality of a hot war in Ukraine and that the situation can move in any direction,” said a Saxo Bank strategy team, in a note to clients.

Investors were flocking to safe-haven assets, such as gold and the dollar, with the euro
EURUSD
plunging 1.4% to $1.0906, a level not seen in nearly two years.

“Russia is still exporting energy, but an estimated 70% of Russia’s oil exports may be on hold because of uncertainty among traders and shippers of Russian oil over how the various sanctions apply to their operations,” the global investment strategy team at Wells Fargo Investment Institute, said in a note Friday.

Which companies are in focus?

How are other assets faring?

—-Barbara Kollmeyer contributed to this report.