Avis Budget stock is soaring thanks to the rental car boom 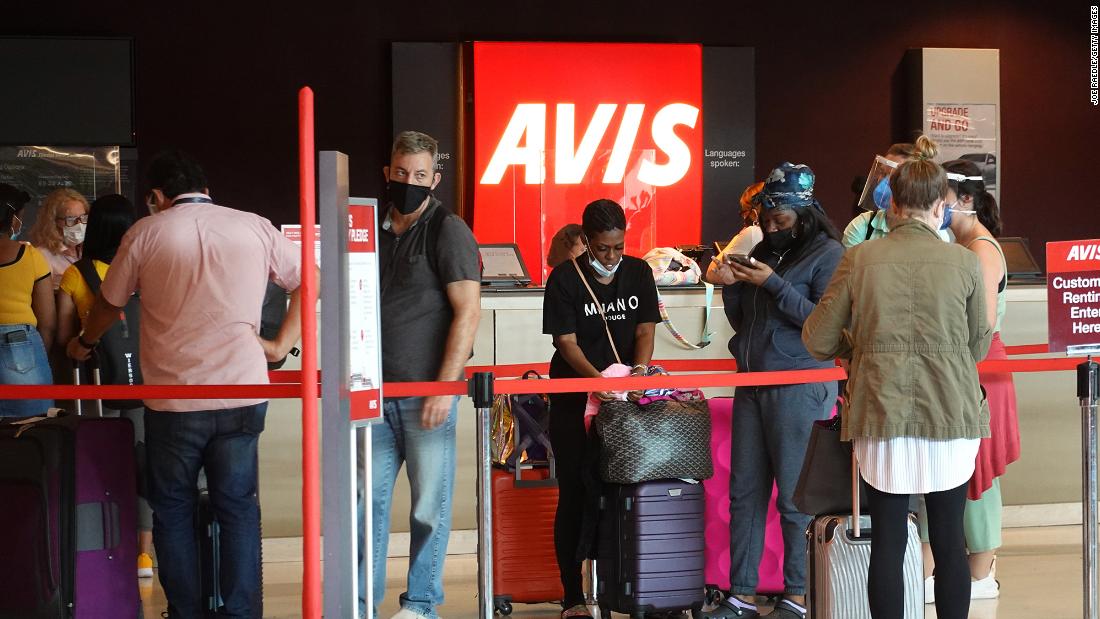 Hertz stock, which currently is listed on Nasdaq’s bulletin board and hopes to return to the regular Nasdaq through an initial public offering, is up almost 30% since the company emerged from bankruptcy earlier this year and began trading again in July. Still, that’s nothing compared to its rival’s stock.
Shares of Avis Budget (CAR) have surged more than 110% since July and are up almost 380% so far in 2021. The company reported its third quarter results after the closing bell Monday. Needless to say, expectations were high — and Avis Budget surpassed them.

Sales nearly doubled from a year ago and net income skyrocketed 1,400 percent, easily topping forecasts and hitting a new record.

The return of leisure and business travel this year as more customers were vaccinated for Covid-19 have helped Avis Budget rebound from a dismal 2020. Shares rose about 6% in after hours trading Monday.

“Since the pandemic began, we’ve been consistent with our message that Avis Budget Group would come out of this disruption a transformed company,” Ferraro said, “and our focus on cost discipline and operational efficiencies would position us to take maximum advantage of a rebound in travel.”

Avis Budget also has a potential ace up its sleeve that could lead to even bigger gains in sales and earnings: a fleet of used cars it can sell to dealers or consumers.

Used car prices have skyrocketed during the past two years due to a global semiconductor shortage that has hampered production of new vehicles.

Ferraro noted in August that Avis Budget did not sell any of its fleet in the second quarter because it needed the vehicles to meet demand for rental cars. But he didn’t rule out more sales in the future.

“I still think the used car market has legs,” he said. “How long that goes? I’m not totally sure. But I do think that there is some tailwinds on that.”

Time to shift into reverse?

Still, there are concerns on Wall Street about whether Avis Budget’s stock has come too far too fast.

According to Refinitiv, only three analysts recommend the stock as a buy while four have it as a hold and one rates it a sell. The consensus price target on the stock is about $128, nearly 30% below current levels.

Many investors are betting the stock will go down. More than 20% of Avis Budget’s shares are being held short, meaning that traders are borrowing them and immediately selling them in hopes to buy the shares back at a lower price and profit on the margin when they return the stock to the lender.

Disruptions in air travel could slow down rental car demand too. American Airlines (AAL) has been forced to cancel more than 2,000 flights since Friday due to weather issues and labor shortages. Southwest (LUV) has been plagued by cancellations recently as well.

Further airline issues could be problematic for Avis Budget. Ferraro pointed out in August that the rebound in air travel gave the company a big boost this summer.

“Our on-airport business has been pretty solid. And that continues,” he said. “The airports are very busy and the airlines are crowded, and our business is busy as well.”