ShipBlu bags $2.4M for its e-commerce and fulfillment service in Egypt – TechCrunch 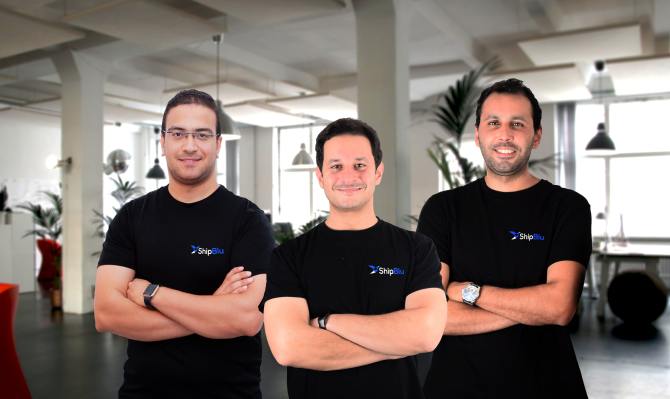 Summer batch graduate ShipBlu is the latest on that list and confirmed to TechCrunch that it has raised $2.4 million in seed funding.

The company, founded by Ali Nasser, Ahmed ElKawass, Abdelrahman Hosny in 2020, operates a delivery and fulfillment model. It delivers packages of all kinds for merchants and retailers — ranging from mom and pop stores and social media to fashion retailers who make thousands of shipments and international brands — to customers in Egypt.

On the fulfillment side, ShipBlu stores merchants’ products in warehouses it leases. Then it connects with merchants’ online stores and monitors orders via a dashboard, so when they come in, ShipBlu picks and packs the orders from the warehouse and sends them to the customers.

ShipBlu charges its customers per package, depending on two standard sizes, destination and shipping speed.

While these three factors are common in e-commerce and fulfillment, CEO Nasser said shipping speed is not prioritized the same way as the other two in Egypt.

According to him, ShipBlu is one of the few e-commerce fulfillment companies that offers that service to customers in the country.

“We let the merchant decide: Do they need to get that product to their customer overnight, and therefore, pay or charge the customer for overnight fees?” Nasser said to TechCrunch in an interview.

“Or are they willing to for a more budget-friendly option and would like to ship that package in three to five days? We offer that option to merchants, who in turn can decide to offer that to customers. So it could be the customer’s choice or the merchants’ choice.”

ShipBlu only fully launched this August. Per its YC profile, ShipBlu signed on more than 40 merchants during its first month. And since then, the company has managed to double its clientele while tripling revenues in the same period, said Nasser without stating hard numbers.

Within the next couple of months, Nasser says he wants ShipBlu’s network and infrastructure to reach 99% of Egypt’s population.

“Whether you’re living in a small village or a large town or a large city, we want to be able to get to you and have the infrastructure in place to get to your delivery to you,” the CEO remarked.

The idea behind such a daring move — which appears to be a bit of a stretch considering the timeline — comes from the founders’ ambition to change an industry that has lagged behind other regions in the wider GCC, such as Saudi Arabia and the UAE, in terms of e-commerce penetration.

Over 100 million people live in the North African country compared to Saudi Arabia’s 30 million+ people, yet the e-commerce market in Egypt is a third of Saudi Arabia’s.

A significant reason this gap has always existed is that the infrastructure needed to facilitate the process of e-commerce in Egypt is abysmal. It runs deep even on an elementary level where zip codes are barely accurate or non-existent, presenting many challenges to last-mile or delivery providers.

The zip codes were one of the issues Nasser observed from Egypt’s fragmented e-commerce and fulfillment market during his return from the U.S. to the country months before the pandemic broke out.

As online payments boomed globally and in Egypt and upon finding out via research that the market size for last-mile delivery in MENA stands at over $3.1 billion annually, Nasser and his co-founders ElKawass, Abdelrahman Hosny got together to start ShipBlu.

“It was that period that it hit us and we realized how much more can be done for delivery services in the standard of service and the features that are available today. Compared to Europe and the U.S. and other parts of the world, there was just so much more that we could bring to the market.”

But Egypt is an entirely different market compared to these developed regions. For instance, 40% of deliveries fail in the country, while the global benchmark for the latter is about 8%. The high rate of delivery failure makes the operating costs for over 150 providers in Egypt generally high. ShipBlu, differentiating itself from the market, says it has developed AI and ML algorithms to “reduce costs, meet delivery constraints and refine its operating assumptions.”

The CEO says ShipBlu’s end goal is to make customers choose a three-hour delivery window for their packages and know what date to expect them, which contrasts how most traditional e-commerce fulfillment companies function.

“Roughly 56% of the time when someone in Egypt places an order online, they don’t even have a delivery date. After you place your order and you get an email confirmation, it’s complete silence until, on a random day, you’re going to get a call from the agent who’s on your on their way to you asking if you are available to pick up the package. We’re changing that,” he said.

ShipBlu has competition with the likes of Flextock and Bosta in Egypt. And following the completion of its seed round, the company now has a mutual investor with Flextock in Flexport, the billion-dollar freight and logistics company YC backed in 2014. The unicorn also invested in Nigerian e-commerce fulfil;ment startup Sendbox this year.

ShipBlu bags $2.4M for its e-commerce and fulfillment service in Egypt