Trump Calls for Nationwide Protests If Prosecutors ‘Do Anything Illegal’ 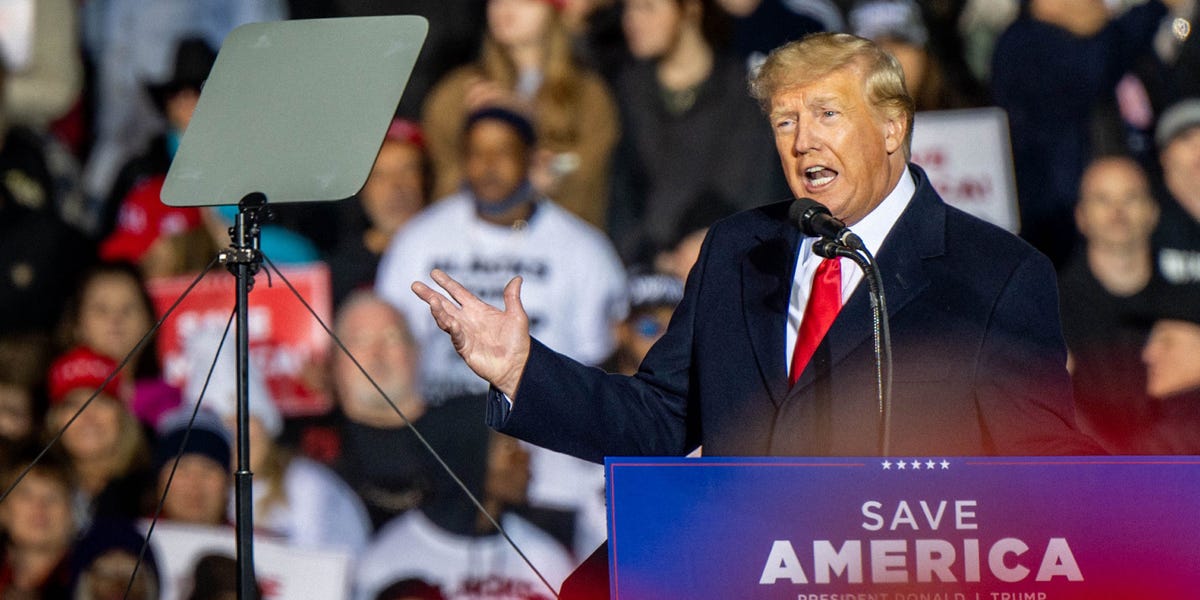 Speaking at a Texas rally, former President Donald Trump called for nationwide protests if prosecutors investigating him and his businesses “do anything illegal.”

In the speech, he appeared to link the investigations to his baseless claim that the 2020 election was rigged, which led to the January 6 Capitol riot.

“If these radical, vicious, racist prosecutors do anything wrong or illegal, I hope we are going to have in this country the biggest protest we have ever had in Washington DC, in New York, in Atlanta and elsewhere because our country and our elections are corrupt,” Trump told the crowd in Conroe, Texas on Saturday night.

Since leaving office, Trump has faced a flurry of investigations into his actions as president and his private businesses.

“In reality, they’re not after me, they’re after you, and I just happen to be the person in the way,” Trump told his supporters at the rally.

The House select committee investigating the January 6 insurrection is probing Trump’s actions on that day and is considering whether Trump or his allies committed any crimes.

The Trump Organization’s financial dealings are also the subject of years-long investigations from the New York attorney general and the Manhattan district attorney’s office.

According to New York Attorney General Letitia James, her office has so far uncovered “significant evidence” that the Trump Organization used fraudulent and misleading asset valuations on multiple properties.

“For years, they’ve been going after my company, many years, using every trick in the book in an attempt to literally, if they can, put me in jail. They want to put me in jail,” Trump said at the rally on Saturday.

The former president repeatedly called the prosecutors “racist,” said they were “mentally sick,” and accused them of “prosecutorial misconduct at the highest level.”

“They’re going after me without any protection of my rights by the Supreme Court or most other courts,” Trump said.

On several occasions, Trump has appealed to the US Supreme Court to try and prevent investigators from obtaining documents and records relating to their probes.

This month, the Supreme Court denied his request to block the January 6 committee from obtaining presidential records, which he tried to withhold by citing executive privilege.